Skip to Content Jump to Main Navigation Skip to Search

You Are Here: The UNESCO Geopark Valles Norte de Granada in southern Spain 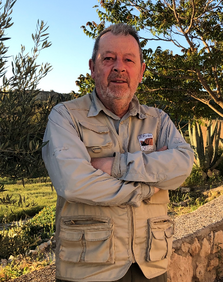 The lecture revolves around the UNESCO Geopark Valles Norte de Granada, which has been in existence since 2020. This unique landscape was shaped into its current form during the Quaternary period. The changeable Quaternary landscape development is shown in an Early Quaternary endorheic phase and an exorheic phase after the basin was tapped and fluvial erosion began. The important themes of the Quaternary will be outlined in the lecture and first projects will be presented. In an outlook, a new DFG project on Quaternary landscape evolution will be presented. Dominik Faust has been involved in the region for more than 20 years and is a member of the scientific committee of the UNESCO Geopark.